I would like this to be the first blog post you have seen recently which does not mention COVID-19. However, issues surrounding COVID-19 have permeated every aspect of health care, none more so than vaccination, as many entities are holding hope that an effective vaccine will bring an end to the pandemic. Even if we can develop a safe, effective vaccine, there are no guarantees that the pandemic will end, especially if a significant percentage of the public opts not to receive the vaccine. Yet again, vaccine hesitancy and refusal suddenly have appeared in the national spotlight. Now might be a good time to reflect on what vaccines are capable of doing, as well as what they cannot accomplish.

I started my residency in 1989. During my intern year at Texas Children’s Hospital, at any given point in time there were two to three patients in the pediatric intensive care unit being treated for acute bacterial meningitis, and another twenty to thirty on the pediatric floors finishing up intravenous treatment. Acquired hearing loss was common in survivors, and, unfortunately, deaths from meningitis happened all too frequently. Our attending physicians made a special effort to train us to detect the early signs and symptoms of bacterial meningitis in all of our patient encounters. Especially terrifying were night time phone calls with moms of children who had high fever. Spinal taps were universal in patients with fever who appeared ill, and far too many were positive.

By the time my residency ended in 1992, everything had changed. The number of cases of bacterial meningitis we were seeing had dropped dramatically. In addition, other (at the time) common life threatening illnesses such as epiglottitis, orbital cellulitis, and many bone and soft tissue infections dramatically decreased. It seemed as much of what I was trained to diagnose and treat suddenly vanished. The reason – the HiB vaccine.

HiB, short for Hemophilus influenza type B, was the bacterial culprit behind many of these illnesses. Early HiB vaccines were pioneered in the mid 1980’s, and were used primarily in older children. In 1990, the vaccine was licensed for use in two month olds. Here’s what happened to HiB illness, per the CDC:

So – a single vaccine was able to completely change the face of pediatric infectious disease. Over the next fifteen years, vaccines would be introduced against major strains of Streptococcus pneumonia, as well as against Neisseria meningitidis, the other two major causes of bacterial meningitis. Now, bacterial meningitis is an unusual disease, and most middle of the night fevers end up being from viral infections. Pediatrics changed dramatically, almost overnight.

The HiB vaccine is safe and incredibly effective. Developing it was a lengthy process, taking almost ten years from start to finish, and dramatic improvement in disease did not occur until the vaccine became widely used in infants. Unfortunately, the world does not have ten years to wait for a COVID-19 vaccine. Fortunately, dramatic advances in molecular biology, genome sequencing, and computing power have drastically shortened the time needed for vaccine development. At this point, widespread COVID-19 vaccine availability for mid-2021 is a very realistic goal. While there are significant political and societal pressures to rush a vaccine to market, doing so with a vaccine which is not totally safe will undermine public confidence in vaccines in general, and will result in the increase of diseases which otherwise would be well controlled by vaccination, such as measles. Shortly after the initial polio vaccine was introduced in 1955, a manufacturing error occurred where live virus was included in what was supposed to have been a killed-virus vaccine. As a result, 10 people died and 170 were paralyzed. The world cannot afford to experience a similar incident with COVID-19.

During my years of private practice, I told this story to countless families who were hesitant to vaccinate their children. I was able to counter the theoretical fears which they found on line with my practical, real world advice. My world is different because of vaccines, in a very positive way. I can only hope that the vaccines in development for COVID-19 have the same effect. 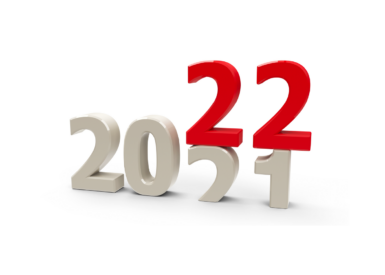 I think 2021, for many people, was essentially an extension of 2020. The pandemic extended into a second year, and dreams of uninhibited activities were postponed once again. As we enter 2022, despite a surge in the new Omicron variant, we are saying goodbye to 2021 with a “Best of” […]