(Note: This guest piece was written by Dr. Sarah Moyer, Louisville’s Chief Health Strategist and director of the Louisville Metro Department of Public Health and Wellness)

Louisville, like the rest of our region and most of our country, has been facing tremendous challenges brought on by the worst opioid epidemic in American history. One of those challenges has been protecting the community from HIV which can be spread when people who inject drugs share needles. When this happens, not only are drug users at risk, but so is the community.

Protecting the community from HIV was a primary consideration when Louisville created Kentucky’s first syringe exchange program in June 2015.  The small city of Austin, Indiana, just 35 miles north of Louisville on I-65, had an unprecedented new 235 HIV cases that year as a result of needle sharing among those injecting drugs. Given the relative populations of the two cities, Austin’s 235 cases would have translated to more than 36,000 new HIV cases in Louisville.

Numerous studies have found that syringe exchanges are successful in preventing the spread of HIV and other viruses such as hepatitis C. A series of three-year longitudinal studies investigating the effect of New York’s legalization of syringe exchange programs found that HIV prevalence fell from 50 percent to 17 percent.  The number of HIV cases linked to injection drug use in Washington D.C. dropped by 95 percent from 2001, prior to DC’s syringe exchange program, to 8 cases in 2015.

The CDC has released a study of 220 counties across the United States that are most vulnerable to outbreaks of HIV and hepatitis C based on factors such as overdose deaths, per capita income, unemployment and sales of painkillers. Fifty-four of those vulnerable counties are in Kentucky, mostly in the southern and eastern parts of the state.  The study said that there were 18 Kentucky counties that were even more vulnerable to spikes in HIV and hepatitis C than was Austin, Indiana.

The primary goal of Louisville’s Syringe Exchange program is to prevent the transmission of HIV, hepatitis C and other blood-borne diseases. The program brings people with opioid use disorder in contact with the healthcare system where they can be tested and treated for HIV and hepatitis C.  It provides free sterile syringes, HIV and hepatitis C testing, disease prevention supplies and education on wound care and proper syringe disposal.  It also provides life-saving fentanyl test strips and the overdose reversal drug naloxone.

The Louisville Metro Syringe Exchange Program also makes referrals to drug treatment. Our Syringe Exchange staff members have developed a bond of trust with the people they serve.  When someone is ready to enter treatment, they turn to our staff for guidance. National studies have shown that syringe exchange participants are five times more likely to enter drug treatment than drug users who do not use a syringe exchange.

Our Syringe Exchange program was also a valuable resource in fighting Louisville’s recent hepatitis A outbreak. People who were homeless as well as people who used drugs were at highest risk and much of our vaccination efforts was focused on them. Hepatitis A is not a blood borne pathogen that is spread by needle sharing as is HIV or hepatitis C, but the unsanitary conditions that drug users often find themselves in greatly increased their chance for contracting and spreading the disease during last year’s outbreak. Using our syringe exchange program combined with outreach to homeless camps and shelters, we gave more than 25,000 hepatitis A immunizations to these high-risk groups.  More than 100,000 immunizations were given throughout the city.

Since it began in 2015, Louisville’s Syringe Exchange program has expanded from a mobile unit parked outside of our headquarters to a site inside the building that is open six days a week. The program now also operates seven additional satellite sites at various locations throughout the city.

We’ve also referred 719 people for drug treatment and more than 300 have been connected to other community services.

There has also been a glimmer of good news regarding the city’s opioid epidemic. According to the Kentucky Office for Drug Control Policy and the Jefferson County Coroner’s Office, overdose deaths in Louisville fell 21% last year, the largest decrease of any county in the state.

In 2017 the Department of Public Health and Wellness convened a wide-ranging group that included people in recovery, leaders of nonprofits, law enforcement, healthcare institutions, experts of social work, school officials, concerned parents and scholars. The resulting report, Coming Together for Hope, Healing and Recovery called for implementing specific science-based, best practice strategies to respond to substance use disorder in the city.  It is encouraging to see that some of our efforts are now beginning to bear fruit.

Louisville’s Syringe Exchange program is preventing the spread of HIV and other blood-borne diseases in while pointing program participants toward recovery. It has proven vital to keeping the city safe from infectious disease, while helping to control Louisville’s epidemic of opioid use disorder epidemic. 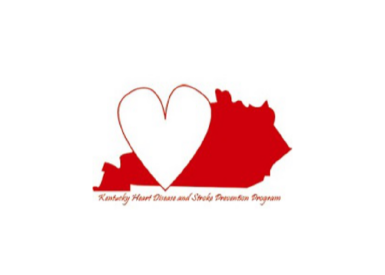 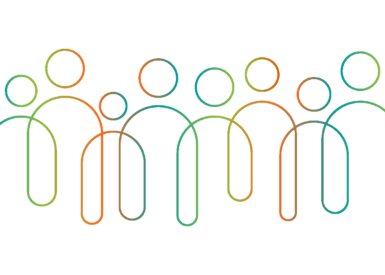