I have a confession to make. One that I’m embarrassed about.

October is breast cancer awareness month, a month where we see more pink than usual – on everything from cereal boxes to athletes’ gloves and shoes on the football field. And I used to roll my eyes at all of it. I mean, all of this money being spent on pink accessories that raise “awareness” but don’t necessarily raise money for research or treatment! What a waste!

That was before I worked in healthcare.

I joined the Kentuckiana Health Collaborative four years ago as the data scientist, and as a result, I’ve learned that with appropriate screening according to clinical guidelines, certain cancers, including breast, cervical, and colorectal, can have better chances for survival or even be prevented completely. “Awareness” isn’t some fluffy idea without true impact. It can save lives.

Approximately one in eight women will develop breast cancer in her lifetime, according to the American Cancer Society. Breast cancer is the second most common newly diagnosed cancer and second leading cause of cancer death among women in the U.S. Many factors play into an individual’s odds of developing breast cancer, including genetics, diet, age, and more.

There is a special emphasis on appropriate screening and early detection of breast cancer, because when breast cancer is detected early, there are more treatment choices and better chances for survival. The five-year survival rate for women who are diagnosed at Stage 0 or Stage I cancer is nearly 100 percent, while women who aren’t diagnosed until Stage IV only have about 22 percent five-year survival rate.

Current screening guidelines dictate that women ages 50 to 74 should have a mammogram at least every two years. But screenings are recommended earlier than 50 for certain groups, such as African-American women or women with a gene mutation known as BRCA.

You’ve probably heard of the BRCA gene mutation, even if you didn’t know that that’s what it is called. Actress Angelina Jolie put the national spotlight on this mutation in 2013, when she announced that she had the BRCA gene mutation and, as a result, underwent a double mastectomy to reduce her chances of developing cancer. Approximately 1 in 500 women has the mutation, which makes them much more likely to develop breast cancer – estimates range from 55 percent to 85 percent lifetime risk for breast cancer for women with the mutation.

And these women with the BRCA gene mutation often develop cancer much earlier than the typical minimum screening age guidelines of 50 years old. Earlier this year, my dear friend, at just 33 years old, experienced a bit of pain when her kids laid on her chest. Even with no other symptoms, her healthcare provider recommended a screening, and they found a nine-centimeter tumor in her breast. She was found to have the BRCA gene mutation, and since then, two of her sisters have also tested positive for the mutation. By taking the proper steps, her sisters can drastically reduce their chances of developing breast cancer.

Breast cancer awareness month this year takes on a special meaning for our friend group, as she starts chemotherapy next week after having a double mastectomy in August. I’ve read more books and articles on cancer and chemotherapy than I ever thought I would, and much of our time is spent coordinating transportation, meals, donations, and distractions. There are lighter moments, too, spent laughing about the more outrageous aspects of cancer.

No longer do I eschew breast cancer “awareness,” now that I’m more informed about the impact that early intervention has on outcomes. This month, and in the following Octobers, count me in for awareness efforts. 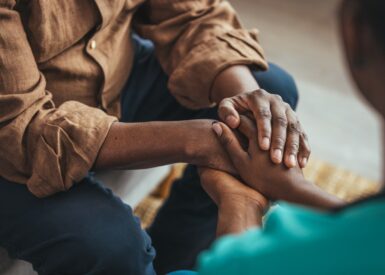 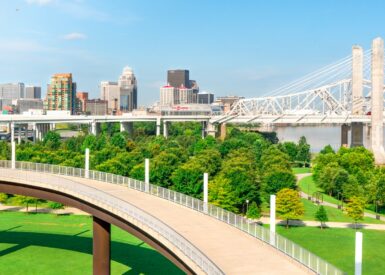