The Student Alliance for Mental Health Innovation and Action (StAMINA) team recently wrapped up a series of focus groups and interviews with youth, parents, and stakeholders from across the Commonwealth of Kentucky in order to identify factors that contribute to mental health stigma and the unmet needs regarding youth mental health. We are excited to share these results at an upcoming community discussion on September 11 at the University of Louisville Clinical & Translational Research Building. For this blog post, I aim to share several observations from my experience as part of the research team.

Aside from providing research mentorship to the StAMINA team, I also facilitated the parent focus groups. Why is capturing the parents’ voices such an important aspect of a youth-driven mental health organization? Because parents have a major impact on how their children understand their own personal experiences and the degree to which it is safe to share said experiences with others. In a nutshell, family sets the stage as to whether a stigma will be associated with mental health concerns. The impact of parental attitudes towards mental health starts early and continues through an individual’s lifetime. We think that by reducing the presence and impact of stigmas applied to mental health concerns, more students will feel comfortable communicating their needs to their support network.

We purposely selected research sites that were as heterogeneous as the citizens of our state; focus groups were conducted in urban and rural counties with parents whose children attend either public or independent high schools. A few focus groups occurred in high schools, whereas others occurred at youth drop-in centers or a public organization in the Louisville community.

One powerful lesson from the focus groups is that many parents appreciate sharing ideas and having concentrated discussions on the topic of mental health. While they tended to lump the terms mental health and mental illness together, reflecting an internalized view of mental health as indicating something negative, they did believe strongly in the concept that one cannot be considered to be in good health without attending to mental health. Although we dealt with a powerful and emotional topic, parents were eager to speak with one another about mental health stigma and areas in need of improvement for youth.

I was honestly surprised by the extent to which parents formed a sincere group cohesion with one another even though we made clear that we were not intending to create a support group environment. Several groups even asked if they could meet again to continue their conversation! What a concept – as parents shared their views on mental health stigma and barriers to accessing care, they felt a sense of belongingness and helped each other consider alternative ways to support their children. Several times we had parents speak with each other afterwards about specific resources that might be helpful in supporting their children. I really got the sense that many people need a greater amount of support in their role as a worried parent, either through guidance on available services or through facilitated discussions with others who can relate.

Another observation is that parents routinely spoke about the importance of communication with schools/teachers as a key to enhancing youth mental health. Those schools with greater resources or smaller teacher to student ratios tended to have an easier time with communication. Parents were astute at identifying subtle signs that their children might be having difficulty related to mental health concerns, but they also recognized the importance of hearing teachers’ observations so that they could be as proactive as possible. The concept of embedding mental health programs into school curriculums, such as mindfulness practice or emotion regulation skills acquisition programs, was seen as a way to reduce mental health stigma and prevent normal adjustment concerns from developing into more severe forms of anxiety and depression.

The good news is that there are great examples in our state of schools that use innovative programming to support students’ mental health. The drop-in centers such as TAYLRD also offer a non-traditional alternative to mental health treatment that appeals to many youth and families. However, when less than 50% of adolescents with major depression in Kentucky report receiving treatment, there is clearly room for improvement. The barriers to treatment engagement don’t rest solely with parents; however, they are an obvious point of emphasis when trying to address mental health stigma. I am hopeful that by providing a larger platform for parents and students to share their experience and contribute to mental health programming, we can continue to create innovative approaches to enhance youth mental health and overall quality of life. 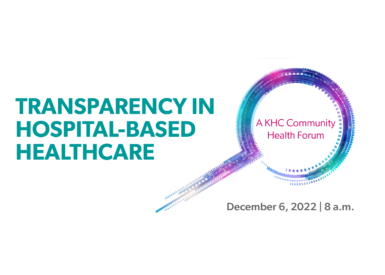